A downloadable game for Windows

You know the saying that to help sleep, you count sheep. Well not this time!

Stop the sheep from hopping  the fence. Increase your speed with cups of coffee. How long will you stay up?

1.1 : Now your character will slow down in a period of time.

1.2: Added Title screen with instructions on how to play

Maybe adding up additional drinks to slow down, and have different colored sheeps. Keep up the good work man!

tried the game for a bit, not a bad idea but it quickly gets unbeatable due to the limited movement speed of the (dog?). itd be cool if he sped up as the sheep increased so there was a chance of survival instead of sure death. i thought the sheep looked pretty cool tho 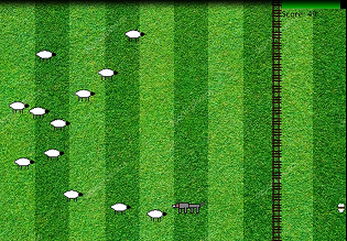 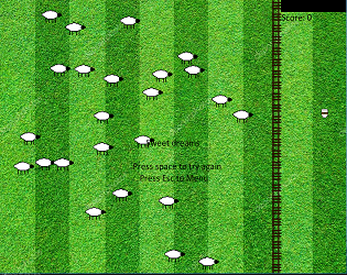